In the fall of 2005, the five Catholic school divisions in the area made the decision to amalgamate and form one larger full-service regional Catholic school division. The legacy divisions included Yorkton Catholic School Division #86, St. Henry’s RCSSD #5 in Melville, St. Theodore RCSSD #138 in Theodore, and the two newly formed rural Catholic divisions in the attendance areas around the cities of Yorkton and Melville.
On midnight December 31, 2005, by order of the Minister of Learning, the five legacy boards of education were disestablished and on January 1, 2006, the new amalgamated Catholic school division was established in their place. The new Board of Education, seeking a name for the division which truly represented its vision for Catholic education, requested submissions of appropriate names for the amalgamated division from students, staff, parishoners, and the community at large.
Choosing the name “Christ the Teacher” for the new amalgamated division:
There were so many names submitted for consideration; all with tremendous merit. However, as the board members worked through the process of selecting the one name which would truly represent their vision of the new regional Catholic School Division – it soon became clear that the life of Christ and His teachings had to be the foundation upon which the new school division was to be built. In selecting the name “Christ the Teacher”, the board acknowledged that:

“Christ Is Our Greatest Teacher”
From His death and resurrection, Christ’s life was spent teaching us the way
to the Father and eternal life.
Christ became one of us to bring the Good News to His people – to teach us,
through living example, the Gospel Values.
By emulating Christ’s life and living His teachings, we bring the Gospel Values to life
and continue His mission to transform the world in God’s image.
The Byzantine Rite of the Catholic Church has strong roots in East-central Saskatchewan
and the icon of Christ the Teacher is one of its most revered. The name of our school division
honours this rich history and guides our focus to the future by acknowledging
that it is only through His teachings that we can truly come to know our God.
As Catholic schools, we are called to create a learning environment
which holds as its central focus Christ’s teachings –
in all that we do each and every day.

History of Catholic Education in Yorkton:
1904 – Fr. Achille Delaere founded St. Gerard’s Parish.
1906 – Fr. Delaere celebrated his first Divine Liturgy in the Ukrainian Byzantine-Rite.
1910 – Fr. Delaere founded St. Mary’s Ukrainian Catholic Parish.
1916 – Fr. Delaere initiated plans for a school/orphange in Yorkton.
1917 – On January 11, Sacred Heart Institute was opened by the Sisters Servants of Mary Immaculate.
1919 – Bishop Nicetas Budka, D.D.,Ukrainian Catholic Bishop of Canada, requested a Catholic school for boys.
1920 – On October 11, St. Joseph’s College opened under the direction of the Brothers of the Christian Schools.
1927 – Girls of high school age were accepted as boarders at Sacred Heart, but attended the Yorkton Collegiate Institute.
1934 – First high school classes were included at Sacred Heart Institute.
1945 – Grades 1-8 were transferred from Sacred Heart Institute to St. Mary’s Parochial School at the Redemptorist Monastery at St. Mary’s Ukrainian Catholic Church.
1945 – Sacred Heart Institute became a Grade 9-12 boarding school for girls and was renamed Sacred Heart Academy.
1957 – Fr. John Spicer and Fr. Stephen Shawel, pastors of St. Gerard’s Church and St. Mary’s Church respectively, with the strong support of their parishes, initiated the formation for the separate school district in Yorkton.
1958 – The formation of the Yorkton Ukrainian Catholic and Roman Catholic School District #32 was approved by a vote of 524 to 17. The first Board of Education included Andrew Kindred (Chair), Leo Perron, W.B.O’regan, Michael Katerinich, Wm. Kozakewich, and Joseph Sotski. The Board Chaplains were Fr. Spicer, Fr. Shawel, and Fr. George Gunnip.
1959 – The school division’s first K-8 elementary schools, St. Alphonsus’ and St. Mary’s, were opened.
The Sisters Servants of Mary Immaculate began teaching at St. Mary’s School and assumed the principalship and the Ursuline Sisters of Prelate began teaching at St. Alphonsus School.
1967 – St. Paul’s School, a new K-8 elementary school, opened its doors.
1973 – St. Joseph’s College was closed after 53 years of service. Sacred Heart Academy became co-educational.
1975 – Sacred Heart Academy was renamed Sacred Heart High School.
1979 – The Yorkton Catholic School Division assumed responsibility for the instuction and delivery of the high school programs at Sacred Heart High School.
1983 – A major renovation at St. Alphonsus School to provide a gymnasium and much needed additional classroom space.
1986-7 – In May 1986, the Board terminated the agreement with the Public Board to jointly own and operate St. Joseph’s Junior High School effective June 30, 1987.
1989 – The Board operates a K-12 system entirely within its own jurisdiction. The Board hires its first full-time Secretary-Treasurer in Mr. Wilfred Maier. Major renovations are done at St. Mary’s School providing a gymnasium and additional classroom space.
1990 – Major renovations to St. Paul’s School include a gymnasium and additional classrooms.
1991 – A new Division Office was purchased at 259 Circlebrooke Drive in Yorkton.
1998 – St. Michael’s School, the fourth Catholic elementary school in Yorkton was opened as a K-8 dual track English/French Immersion school. Erollment was 254 students.
2003 – The culmination of much hard work by staff, board, and supporters came when the Yorkton Catholic School Division opened the doors to its new high school – appropriately named Sacred Heart High School – in honour of the rich heritage of its (predecessor) Sacred Heart namesakes in the community and in acknowledgement of the contributions of the Sisters Servants of Mary Immaculate to Catholic education in the area.
2005 – December 31st at midnight, the five legacy Catholic school divisions in the area – Yorkton Catholic, St. Henry’s – Melville, St. Theodore, and the two recently formed rural Catholic Boards in the Yorkton and Melville attendance areas – were disestablished.
2006 – January 1st- The new Christ the Teacher Roman Catholic Separate School Division #212 was established by order of the Minister of Learning – Hon. Andrew Thomson. To accommodate the greater demands in business and instructional support that come with the formation of the larger school division, a new division office was purchased on Palliser Way in Yorkton.

History of Catholic Education in Melville:
The records of Saint Henry’s R.C.S.S.D. # 5 tell a story of serious hardships in the growth of the “separate school.” They tell of many incidents that demanded strong convictions and persistence by those in the Parish who were determined to have Catholic education for their children in a Catholic Elementary School. 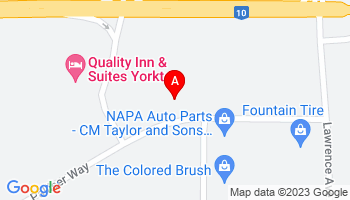 The week of Jan 23-29 is Family Literacy Week. For more information, please link to https://christtheteacher.ca/ctt/family-literacy-week/

@PowerOfTenMath1 Today I am excited to receive our materials for our Power of Ten workshop on Jan 31. I am sorting and collating and will have this out to @CTTCS_212 schools this week!

Interim measures regarding extra-curricular programming in @CTTCS_212 have been implemented effective Jan 18, with a review date of Jan 31.

Today's Mental Health Tip of the Week remind us to consider how our words & actions impact others.